A column with no settings can be used as a spacer

Add up to five columns 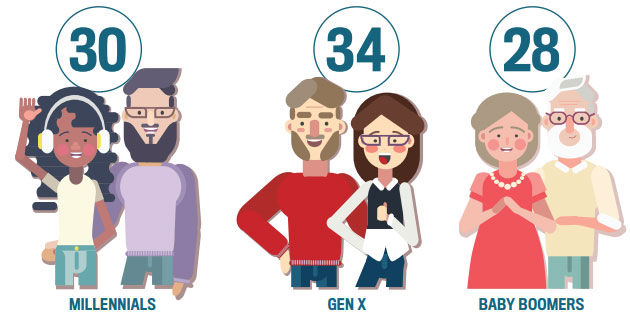 Data shows the average household in the U.S. owns 30 promotional items. Gen X-led households own an average of 34 items, followed by millennials (30) and baby boomers (28). “The ubiquity of promotional products in America is staggering,” says Nate Kucsma, executive director of research and corporate marketing at ASI. “Just think about it. If there are 120 million households in America, that means there are over three billion company logos floating around the U.S. at any given time.” No wonder the industry is growing and will soon surpass $24 billion in annual sales. 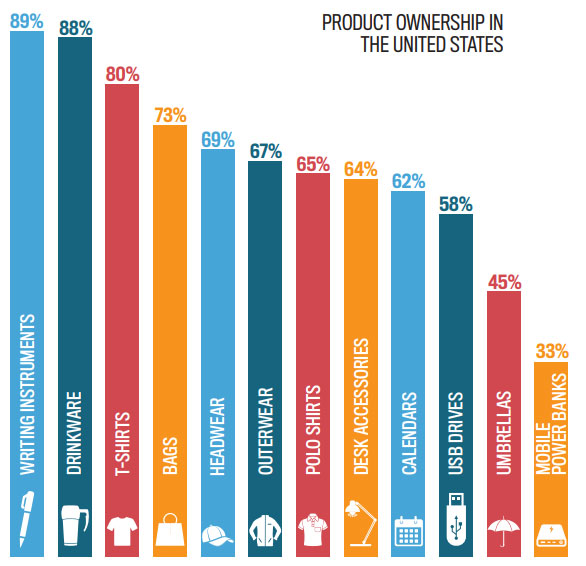 U.S. consumers own a wide variety of promo products, and some categories remain especially popular. For example, nearly nine in 10 consumers report owning logoed pens as well as branded drinkware. “This stat puts these categories on par with cellphones and other American household mainstays,” says Kucsma. 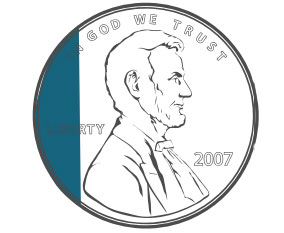 The cost per impression (CPI) of promotional products can be as low as 1/10 of one cent – lower than nearly any other advertising medium – making it a great choice for smaller businesses lacking large advertising budgets. Distributors should highlight this stat in front of buyers, tipping the scale in their favor when it comes to competing for market share. The evidence is crystal clear that promotional products are an affordable and effective method in spreading the word about a business or brand. 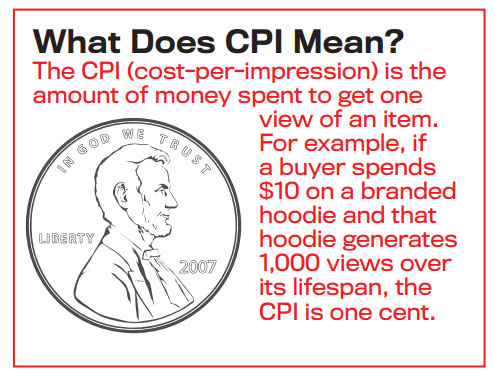 Fact! Recall is highest for apparel items, as 85% remember the advertiser that gave them a shirt or hat.

There’s a higher likelihood consumers will do business with a company if they receive a promotional product. After all, 85% of worldwide consumers remember the advertiser that gave them branded apparel. “I can’t think of another advertising medium that reinforces branding like a promo product,” Kucsma says. “Every time someone uses a logoed travel mug or looks at a calendar, that brand is making an impression on them. If it takes about 10 interactions with a brand to make an impression, imagine what 1,000 will accomplish.”

Fact! Consumers are nearly 2.5 times more likely to have a positive opinion of promotional products compared to internet advertising.

Even though we’re in the midst of the internet age with everybody glued to their screens, consumers are nearly 2.5 times more likely to have a positive opinion of promotional products compared to online advertising. Furthermore, consumers under 55 prefer promo products over all other mediums for advertising, including newspapers, radio, magazines, television, internet and mobile. 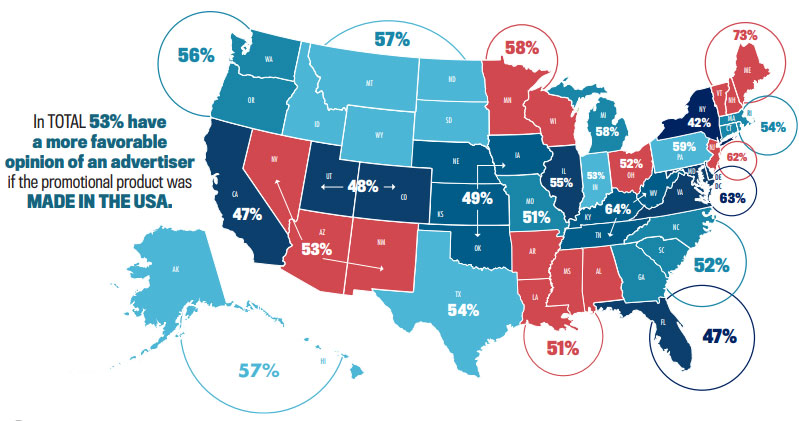 Fact! In total 53% have a more favorable opinion of an advertiser if the promotional product was made in the USA.

About 53% of consumers have a more favorable opinion of an advertiser if the promotional product was made in the U.S. versus elsewhere. Also consider the cost gap between domestic items and cheaper China-made goods may narrow if tariffs eventually increase on Chinese imports in 2019. Plus, stateside-produced products offer cost stability – no up or down pricing based on tariff changes. Distributors should target the New England region in particular, as 73% of consumers from that area prefer buying made-in-the-USA items. 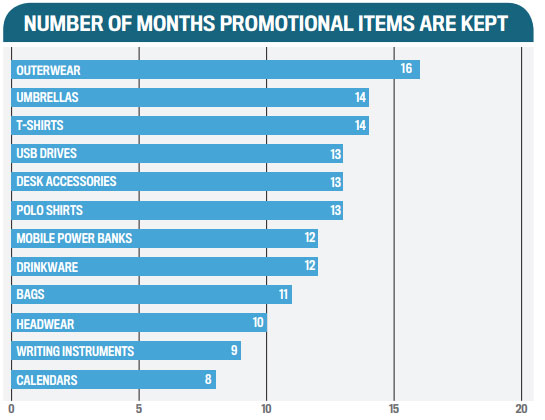 Despite a recent article by Fast Company magazine claiming that “cheap conference swag” is contributing to pollution and an environmental crisis, ASI data indicates the overwhelming majority of promotional products aren’t ending up in the trash. Quality and utility are why people keep promo items – they’re being used on a daily basis, helping people at work, in school, on the field, on the go or at home. As a matter of fact, the average length of time a consumer keeps a promotional product is about one year. In terms of product categories, outerwear, umbrellas and T-shirts stick around the longest. 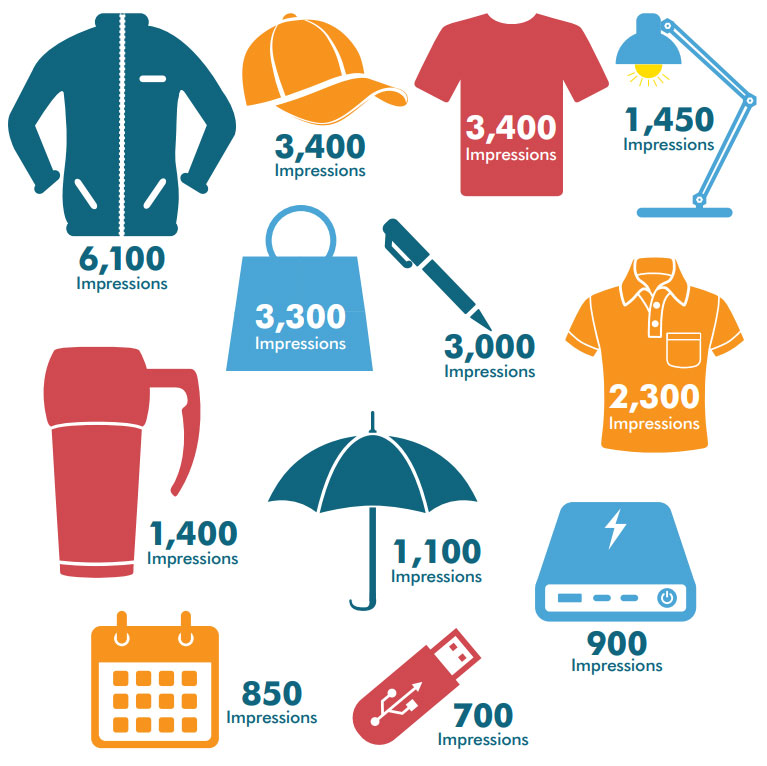 In the U.S., outerwear generates the most impressions (6,100) because it’s often worn in public places. Whether you’re bundling up in the winter, staying dry from the rain or sporting your favorite team’s jersey, outerwear draws plenty of looks to whichever brand you’re representing. Bags used to generate the most impressions, and although they still attract a large number, there’s been such an increase in the market that they now have a slightly shorter lifespan. Other items that deliver a large number of impressions are headwear, T-shirts and writing instruments. 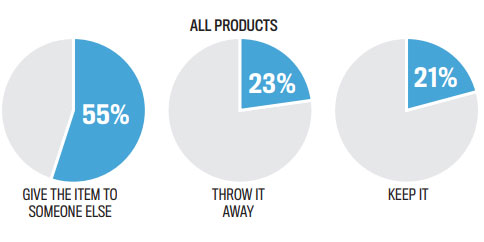 After a promotional product has worn out its welcome, more than half of consumers are likely to give the item to someone else. That never-ending chain allows for endless eyeballs to view a brand and its message. Outerwear and polo shirts (68%) are most often given to another consumer, followed by T-shirts (65%), bags (61%) and mobile power banks. “How long does a TV commercial last – 30 seconds? What about a newspaper or magazine ad – five seconds? Even when you compare this to writing instruments, which are kept the least amount of time at six months, the comparison is laughable,” Kucsma says.

As a welcome gesture, you get free Screen / Set up on your first order!

A note about color and size

Product color depends on several factors and we try our best to keep the colors consistent, however, as the products are imported from different regions of the world, a slight color variation is normal from batch to batch. Also, the colors vary from screen to screen and could appear very different from the color of the actual product.

If the requirement is for an exact color or size match, please place an order for a sample before placing an actual order, as it will save you shipping costs. Or contact us to find out the closest color match and size details; our customer service team will be delighted to help you.

As mentioned earlier, the products are imported from different regions of the world and the sizes could vary slightly from batch to batch. A size variation up to 1" from the standard size is normal and considered acceptable in textile and promotional industry.

If the requirement is for an exact color or size match, please place an order for a sample before placing an actual order, as it will save you shipping costs. Or contact us to find out the closest color match and size details; our customer service team will be delighted to help you.